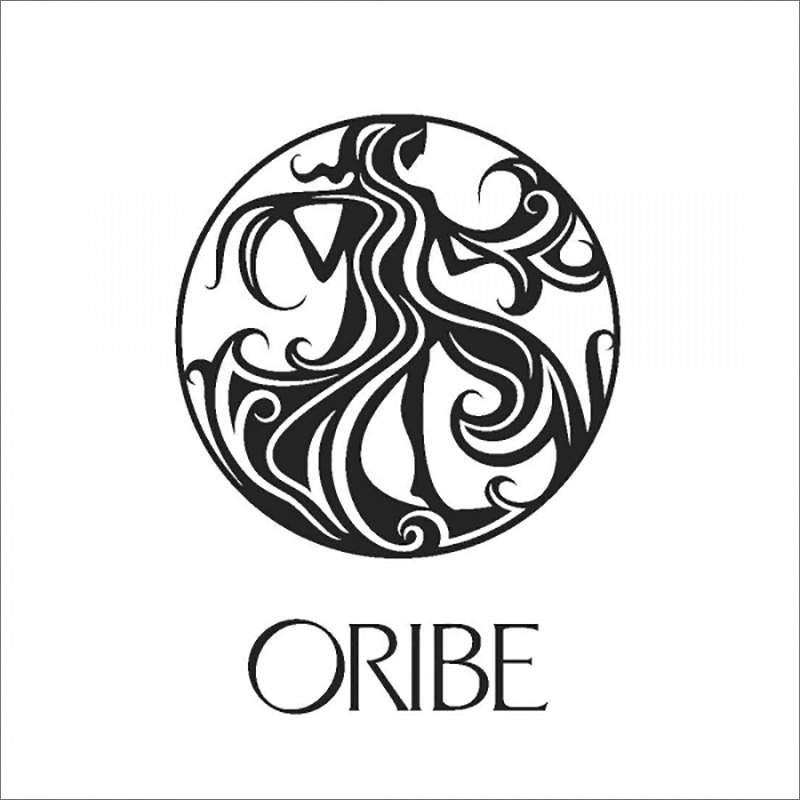 Oribe Salon in Miami is owned by celebrity hairstylist Oribe. Oribe Salon and Oribe himself have been a mainstay of the fashion world for more than 30 years. Oribe is on the speed dial of designers like Donatella Versace and Giorgio Armani, and a trusted ally of photographers like Mario Testino and Steven Meisel. In 2009, he took his expertise to the lab, creating a line of luxe hair products.

Miami Beach’s sexy and stylish Lincoln Road is the number one destination spot in South Florida. Lincoln Road is not just a favorite spot of the locals but models, celebrities and fashionistas from all over the globe come to Lincoln Road while visiting sexy Miami Beach to find the best of the best. In the center of all this, in a beautifully landscaped courtyard, sits Oribe’s flagship salon in Miami. The one-of-a-kind salon design makes you feel glamorous and beautiful the moment you step in. From the sexy, Porsche-designed styling chairs to the distinct-shaped shampoo bowls and the four-foot high uniquely shaped vases filled with colored water, every single detail has been completely thought out.

While sitting in any of our comfortable styling chairs, catch a glimpse of your reflection in the beautiful tiger-wood furniture as well as in the sleek, seven foot high mirrors. Take your pick from any one of the world famous stylists who have fashioned hair for supermodels like Kate Moss, Naomi Campbell, Gisele Bundchen and Heidi Klum to celebrities such as Jennifer Lopez, Cameron Diaz, Charlize Theron, Nicole Kidman and Penelope Cruz. Oribe Salon in Miami has been featured in top publications such as Vogue, W, Women’s Wear Daily, In-Style, Allure, Harper’s Bazaar, Ocean Drive, The New York Times and The Miami Herald. We welcome you to our salon where our hospitality and excellent customer service will leave you feeling relaxed and pampered and our mega talented artists will leave you looking glamorous!

Visit top salons of our selection in the biggest city in Florida. But don't go to Miami without going for a walk on the beach! Find also below wonderful places to have a break at noon during your shopping! 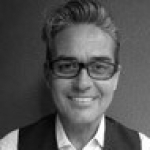 Oribe is a distinguished and renowned celebrity hairstylist and has been lauded as one of the top hairdressers in the US and perhaps the world, by key fashion designers and editors. Oribe's combination of session, celebrity and salon work spans over three decades, and he has defined the notion of fashion over the course of a career of unprecedented longevity and scope.
His collaborators include countless photographers, like Bill King, who introduced him to the fashion editor Carlyne Cerf de Dudzeele. There was the meticulous Irving Penn, Helmut Newton, who shot Cindy Crawford for American Vogue with hair that Oribe teased to infinity; and others like Steven Meisel, Richard Avedon, Patrick Demarchelier, Annie Leibovitz, Herb Ritts, Francesco Scavullo, Horst, Craig McDean, Steven Klein and Mert Alas and Marcus Piggott. Oribe has worked with creative directors like Fabien Baron and Keesha Keeble; make-up artists like François Nars, Pat McGrath, Kevyn Aucoin, Linda Cantello, Scott barnes and Stephane Marais; and fashion designers like Gianni Versace, a mentor who inspired Oribe’s tattoos, and Karl Lagerfeld, who took the rock and roll hairstylist under his wing. And then there are the models, celebrities and icons - from Beverly Johnson, the original supermodel, to Christy Turlington who Oribe appears with in an iconic Vogue spread, to the always radiant Heidi Klum, Kate Moss and Naomi Campbell. In fact, it was Diana Ross who showed Oribe how to really secure a wig. And, of course, one can’t leave out Jennifer Lopez, who Oribe has worked with since her first album cover.

All told, Oribe has contributed to just about every major magazine and worked on just about every major fashion show. In the last year alone his editorial and campaign work has been seen on the covers and pages of Vogue, Elle, Allure, W, V and Pop. When he is not on set, Oribe is working out of his South Beach salon. 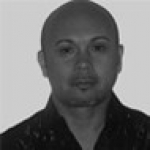 Elvio arrived on the New York beauty scene from Paraguay in 1995 to assist at a top midtown salon. After graduating from beauty school in 1997, Elvio landed his dream job working with Oribe behind the red door at Elizabeth Arden. Elvio is a master cutter, specializing in smooth, super-sexy styles designed to grow out gracefully, maximizing the time between appointments for his clients. Elvio also has a special talent for creating beautiful custom hair extensions and wigs.
Elvio's work has been featured in GQ, Italian Vogue, Vanity Fair, People en Espanol, and V Magazine. He has also worked on numerous fashion shows, music videos, album covers, and celebrity weddings. Jennifer Lopez, Gloria Estefan, Thalia, Daisy Fuentes, Naomi Campbell, Vera Wang, and Kelly Klein have been among his noteworthy clients.

Born in Detroit and raised in the South, Kevin grew up part of his family's traveling gospel singing group. In addition to performing, he was also given the job of styling his mother's and sisters' hair before each show! After attending the Roffler Barber School, he began working at the Camy Salon in Bal Harbor, where he became Donatella Versace's exclusive stylist. It was Gianni and Donatella that introduced Kevin to Oribe in 1984 and the rest, of course, is history.
Kevin's success at Oribe Salon comes in part from his ability to really listen to his clients and help them achieve their own personal style. Kevin is known for his expert men's cuts and ability to create classic or edgy styles that always look timeless, fresh and glamorous.
Celebrity clients include Donatella and Gianni Versace, Niki Taylor, Tyra Banks, Sting & his wife Trudy, Bruce Springsteen & Patti Scialfa, Kate Hudson, Cindy Crawford, Gloria Estefan, Jon Secada, Celine Dion, Alicia Silverstone, Thalia, India, and Vendela Kirsebom. Kevin has also been exclusively retained by Chayanne for all his concerts, tours, and television appearances.
Shows and commercial credits include Victoria's Secret, Balmain, Chanel, Valentino, Versace, Thierry Mugler, Cindy Crawford's House of Style, and CoverGirl.

Marlene began her styling career with Oribe in 1997 as an apprentice in his Coral House Miami Beach salon.  When Oribe opened his second Miami salon at the Van Dyke, he chose Marlene as his personal in-house assistant.  Within just a few months, Marlene was promoted to the much-coveted Stylist position. Marlene specializes in stunning special event updo's, smooth and sexy blow-dries, and face-flattering men's and women's cuts.
Her work has been seen on the runways of Olympus Fashion Week and other New York runways including Bridal Fashion Week.  She has also participated in many Miami and New York fashion shows. Ocean Drive Magazine named Marlene Best Miami Stylist in its October 2009 issue. 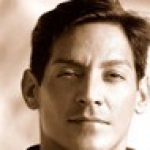 Growing up in the 80s, David honed his color skills by experimenting with highlights and bold, punky shades on his three willing sisters. Today, David is known for his dedication to flawless technique and ability to consistently achieve healthy, natural-looking color that enhances each client's unique skin tone and eye color.
David's work has graced the pages of Allure, Harper's Bazaar and Town and Country and he has partnered on major national advertising campaigns for Pantene Pro-V and Finesse.  David was also named one of the "top up-and-coming beauty professionals in America" by W Magazine. The New York Times T Magazine hailed David for his trademark sun-kissed, South Beach blonde and Vogue cited David for his ability to help buttery blondes go darker. 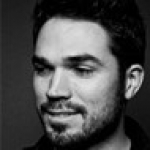 Sheenon has always loved working with his hands. After studying sculpture in college while earning a degree in botany at Portland State University, Sheenon began work as a landscape design artist, sculpting nature to create beautiful outdoor environments.
Now Sheenon feels he has found his true calling, working as a master sculptor of sorts to create styles that maximize his clients' natural assets.
Sheenon is also an Educator for the Matrix Logics color line, traveling around the country to mentor colorists and develop new looks in cut and color.
Show and event credits include Victoria's Secret, Izod, and Zac Posen. Sheenon has also worked with many renowned photographers including Alfonso Vega, Dax Ballardares, Blasius Erlinger, Santiago Sierra, and Stephan Glathe as well as Guess campaign model Candice Boucher. 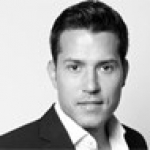 Duber grew up in Medellin, Colombia, where he embarked on a degree in Economics and Business Administration.  But soon after beginning his studies, Duber had a change of heart and decided the most important thing in life is to love what you do - and that propelled him to Miami to enroll in beauty school.
Duber derives great joy from helping clients achieve their own personal glamour quotient through sexy, flowing cuts that emphasize body and movement. Career highlights include working at the Victoria's Secret fashion show in Miami and the Oscar de la Renta show in New York.
Duber has styled many celebrities including Anna Wintour, Mariah Carey, Jennifer Lopez, and Mandy Moore. Among Duber's many career highlights are the jobs he has done with world famous photographers Bruce Weber, Greg Lotus, and Billy Coleman. 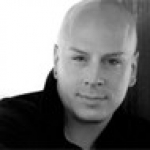 Steven is a great communicator but more importantly, a great listener, able to create cuts and styles that really reflect his clients' unique personalities and lifestyles. He is also the Senior Educator for Oribe Hair Care, traveling around the country to inspire and teach others how to cut and style the Oribe way. When he's not on the road, Steven is busy with his salon appointments, drawing inspiration from clients as he creates and refines innovative techniques to add to his repertoire. Steven has been named Allure magazine's "Rising Star" and has numerous commercial credits to his name including Victoria's Secret press tours and shows. 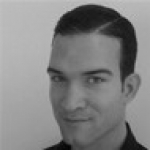 As a child growing up in Tallahassee, Florida, James was something of a savior for his grandmother, coming to her rescue with Velcro rollers whenever she couldn't make it to the beauty parlor. Needless to say, she loved the results and encouraged him to grow up to become a professional hair stylist!
At Oribe Salon, James is famous for turning out low-maintenance, high-precision cuts for both men and women. He is also known as a "blow-dry genius" for his ability to achieve sexy, super shiny, healthy-looking blowouts.  James's recent fashion show credits include Victoria's Secret and Red Carter. 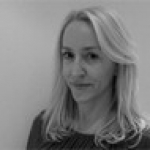 Oribe is located at 1627 Euclid Avenue in Miami.

Combining over 30 years of styling heritage at the top of the editorial and salon worlds with old-world craftsmanship and cutting-edge innovation, Oribe Hair Care delivers the highest possible levels of performance and sophistication. These are the products of the hair-obsessed.

Is your special day coming? We selected for you the best Wedding services among all our wonderful salons. Those hairdresser will make your Wedding day even more beautiful. Bride and grooms, get your hair ready!

Oribe Hair Tips: How to Get Glam Hair
Miami Salon