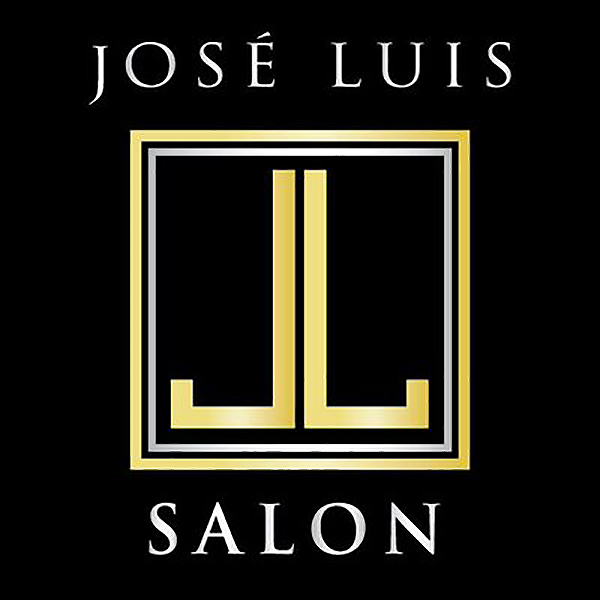 After twenty years, a major remodel, and the addition of its intense education program, the José Luis Salon in Austin has become an unrivaled expert in customer care.

Jose Luis Salon was opened in 1988 and moved to its current location in 1992. After a recent expansion the salon is now over 4000 square feet and employs over 35 staff members.

Jose Luis Salon is continuously doing hair and makeup for fashion shows and photo shoots, most recently the World Wide Maniac fashion show featuring designs by Maggie Morris and Richie Rich. Jose Luis Salon is an avid contributor to local charities and organizations including Dell Children’s Hospital and Project Prom. Jose Luis Salon is proud to be an Austin favorite. The salon opens its doors to a bright future and José and Bill welcome you into their vision of beauty.

When in Austin, make the most of ones of the best salons of Texas! You can for example go to San Jose hotel, enjoy Wink restaurant at noon before going to Jackson Ruiz Salon Spa or Jose Luis Salon in Austin! 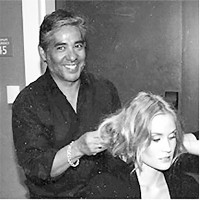 José Buitron is a master stylist who uses over thirty years of experience and training from all over the world to execute his vision.
Well known for his signature cutting technique, José Buitron personally trains each team member in not only his cutting but also coloring expertise.
José Buitron has been asked to do shows around the world including Armani Prive in Paris, Giorgio Armani in Milan, and multiple shows for New York Fashion Week.
José Buitron also works closely with Modern Salon Magazine in New York City. Having worked with celebrities such as Aerosmith's Joey Kramer, Molly Sims, Kristen Bell and Dax Shepard and film and entertainment studio, LionsGate Entertainment, José Buitron has become a local public figure, community supporter, and celebrity stylist.
José Buitron prides himself on not only the dreams he has for the salon, but also his aspirations for his community. An avid contributor to local charities and organizations, José Buitron stays close to his hometown through his humanitarianism and philanthropy. 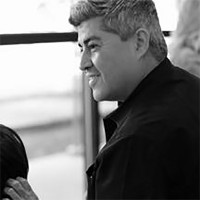 A true master stylist and Austinite for the past 25 years, Roy Pulido has been practicing the art of hair since 1985.
After spending his first four years trying his talents at small local salons in Austin, Roy Pulido joined the José Luis Salon team in 1991. Since then, Roy Pulido has trained with the best at the Goldwell & Wella Institute, Bumble & Bumble workshop, and the L’oreal Professional Hair Academy in New York City, even becoming an educator himself over the course of a year. Roy Pulido also worked hands-on with Oribe on a photoshoot workshop as well as working on runway shows such as Tribeza Fashion Week 2010 and 2011. In 2002 Roy Pulido was featured as the Best Expert for Hispanic Hair in Austin in Austin Monthly magazine. Roy Pulido climbed his way into being one of the highest requested stylists, and has become a well respected member of the José Luis Salon and Austin community 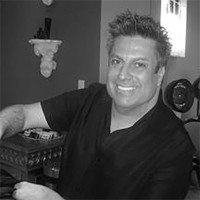 Abel Salazar began his distinguished career twenty four years ago in 1985. Since then Abel Salazar has trained with Toni & Guy, Vidal Sassoon, Haute Coiffure Paris, the Goldwell Institute, Wella Professionals and mastered the Euroloc Extension technique. After proving himself a master stylist Abel Salazar opened his own salon in Houston, Texas. Abel Salazar spent a majority of his career creating award winning styles for renowned photographers, television commercials, magazine editorials, bridal expos, and numerous charities and benefits. His superior techniques landed him articles in Tribeza, Elegant Texan, Austin Woman, and Rare magazines as well as the Houston Chronicle. His extensive clientele reaches across the board, including celebrities such as Elaine Stritch. Abel Salazar has been an inspiring addition to our team over the past year and brings to us an excellence that is hard to compare. 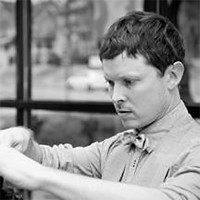 From Mississippi, Blaine Morgan originally moved to Texas to pursue a degree in Fine Arts with a minor in Radio, Television, and Film at the University of North Texas. Later, what was planned as a temporary hiatus in Austin, turned into a cosmetology degree and a home at José Luis Salon where he apprenticed under José, himself. In the last nine years Blaine Morgan has served time as an educator for Bumble and Bumble, and received two “Best of Austin Stylists” recognitions in Austin Monthly Magazine. Blaine Morgan is very proud to work alongside such a talented group of hairdressers committed to furthering education of our craft and customer service to our clients. 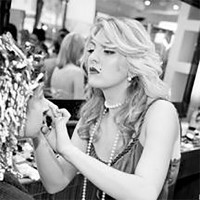 Franchiska Bryant's love for the fashion, hair, and makeup industry began at an early age when she began modeling in her teens. Franchiska Bryant ultimately decided that hair and makeup was her calling when she entered the industry in 2000 and began building her trade at a local Austin salon. Franchiska Bryant's career began to blossom when she joined the José Luis Salon in 2005 while she took on more responsibilities and furthered her education. Alongside becoming the Goldwell Color Ambassador for the salon, Franchiska Bryant was sent to the L’oreal SoHo Academy in New York City and Wella Professionals in New York City. Since then, Franchiska Bryant's superior taste and creativity have been showcased at numerous fashion shows, including Style Cup and Art Bra, and photoshoots including an editorial for Texas Monthly. With her flair for fashion Franchiska continues to bring style and perfection to her clients everyday.

Kelly joins the Jose Luis team after a 10 year career as a senior stylist and top producer at Barragans, El Paso's voted number one salon and day spa. Highly skilled in the art of hair cutting, all chemical and styling, Kelly is a natural born hair stylist. Her training includes principle methods from Tony and Guy, Vidal Sassoon, and numerous Bumble and Bumble and Paul Mitchell courses taking her from Las Vegas to Chicago and New York City.

With the love for fluid and beautifully blended cuts and coloring, Kelly is precise in formulating a perfect design to achieve her client's desired look. She consistently takes the time to personally get to know her clients through their lifestyles, occupations, physical appearance, and personal preference and hair choices.

Moving to Austin was a way for Kelly to pursue continued growth in this demanding industry. She is extremely excited to be a part of a creative team that shares not only her passion for hair dressing, but a commitment to provide superior quality customer service and integrity. How could she resist! 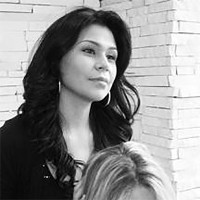 Originally born in Austin, Texas, Crystal started her career at Jose Luis Salon in 2004. She then came across an opportunity to move to Los Angeles, California where she worked in a high end salon in Beverly Hills. Now she is back, with the experience and a list of accomplishments. From attending the Bumble & Bumble workshop in New York City to working on several photo shoots and runway shows utilizing her creative skills with extensions, wigs, cutting, coloring and styling hair. Her desire to succeed in this highly competitive field shows through her constant dedication to staying ahead of trends and techniques used to create perfect hair. 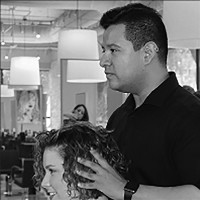 With 10 years experience, Juan comes to us from North Florida. After working for an upscale salon and spa for 5 years, Juan was ready for a change of pace, both personally and professionally. His move to Austin proved to be the perfect fit when he found that Jose Luis Salon was exactly what he wanted in a working environment.

After graduating from AVEDA Institute and then later moving on with the school to serve an educator, Juan prides himself in a strong AVEDA background. He's also taken several advanced color and cutting classes in both Florida and New York, learning from the likes of Lupe Voss, Gerard Scarpaci, Stephen Falvo, Jon Reyman, Paul Villeneuve, Nick Arroyo, Randy Taylor, and many other influential stylists. Aside from AVEDA, Juan has experience with other product and color lines such as Wella, Davines, Moroccan Oil, and Aquage. 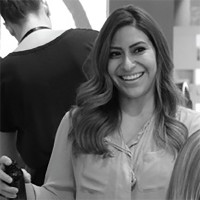 Gracie has had extensive training with Wella color, several well-known cosmetic lines and was an educator with Oribe hair care. She is the recipient of numerous local awards and has worked on many shows such as the Latin Grammys, local fashion shows, and Paris fashion week. Gracie has a clientele of local and international celebrities.

While the Dermalogica story begins in 1986, the force of change in the industry started in Los Angeles, circa 1983. Jane Wurwand, a tenured, United Kingdom-trained skin therapist new to the American "esthetician" industry, recognized that continuing skin and body therapy education was practically non-existent in the United States. While her training had been comprehensive and serious, US students entered the industry licensed yet under-trained, and worse, under-respected.

Jane put her education in action, opening a small classroom in Marina del Rey, California under the name The International Dermal Institute (IDI). She invited licensed skin therapists to get hands-on with the postgraduate training so critical to making them competitive in the business. Today, IDI is considered the international gold-standard for postgraduate skin and body therapy training with 37 locations worldwide.

Combining over 30 years of styling heritage at the top of the editorial and salon worlds with old-world craftsmanship and cutting-edge innovation, Oribe Hair Care delivers the highest possible levels of performance and sophistication. These are the products of the hair-obsessed.

R+Co is a collective of some of the most forward-thinking, rule-bending hairstylists in the business. They are a think tank of top editorial and salon stylists and educators—with a combined century of hairdressing knowledge and experience—and they make sure that they have more than one viewpoint on everything we do. All of their products are treatment-oriented, with the health of the hair and scalp always top-of-mind. They use unique ingredients and complexes to make sure that each product delivers true benefits.

Smith & Cult represents the duality we all inhabit throughout our lives and our individual expressions of beauty, which reflect who we’ve been, are and aspire to become. Each shade is inspired by and representative of the experiences depicted in the diary entries of our beauty addicted heroine who sees her world through a lens of color.

V76 by Vaughn celebrates the tradition of men’s grooming with an American sensibility. The sophisticated collection offers must-have classics updated for the modern man—and does so with an effortless, uncomplicated approach.

With permanent make-up you enjoy your beauty day by day. We as your professional expert accentuate your natural beauty.