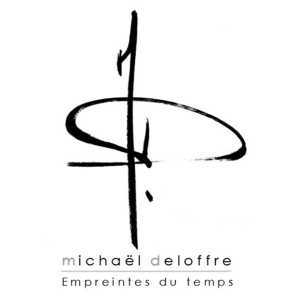 Michaël Deloffre was born in 1958 in the north of France and has always been an Art and travel lover. He spent the most part of his childhood in Africa and never ceased to travel and live worldwide. He became a war reporter at the age of 18 before starting an impressive international business career. In addition to these activities Michael Deloffre began painting at the age of 30.

Very quickly, his paintings get well appreciated. He exposes from San Francisco to Los Angeles, Montreal, New York, Monaco, Paris, and so many other places.
In 2000, growing tired of a universe that doesn’t fit him anymore; he leaves the business world and dedicates himself to his passion: Art.
Still loyal to his first love, painting, Michael nonetheless discovers something new during his travels. During a trip into the jungle in Asia, wood emerges as an obvious mean of self-expression for him. In this material tortured by time and weather, he finds nobility, a spark of life, revealing a pure and simple aestheticism; a primal beauty, a kind of universal art language.

To preserve the forest, he never works on live trees. His artworks are made from eroded wood, naturally cut since decades that he finds by himself with the hill tribes’ help in the north of Thailand, and in accordance with the local authorities. Then, he works on them in his studio in Bangkok, in order to give them the right shape and the nicest patina.
The result of his work is a strong emotion that brings us strength and weakness at the same time. His works of art, presented as esquisses transcend towards the essence of beauty and the secret of time.

His work is now recognized worldwide. His original vision is revealed by the creation of unique monumental sculptures. He has become a pioneer in enhancing raw beauty; he paves the way for a "natural and contemporary" aesthetic movement.
In 2009, some of his works were purchased by the French Government. Michael Delofre joined the “National Fund of contemporary art” and was acknowledged as being a part of the French cultural and artistic heritage.
Today, more than 150 exhibitions of his works have been exposed to over 40 countries.
An internationally renowned artist, his works can be found in many private and public collections around the world.