Three years ago 30-year-old Romanian photographer Mihaela Noroc quit her job and started travelling the world to document natural women surrounded by their culture. She wanted to photograph women from each country of the world, to show that beauty is everywhere. Noroc took a backpack, her camera and began to travel around the globe, with savings made in years of working. 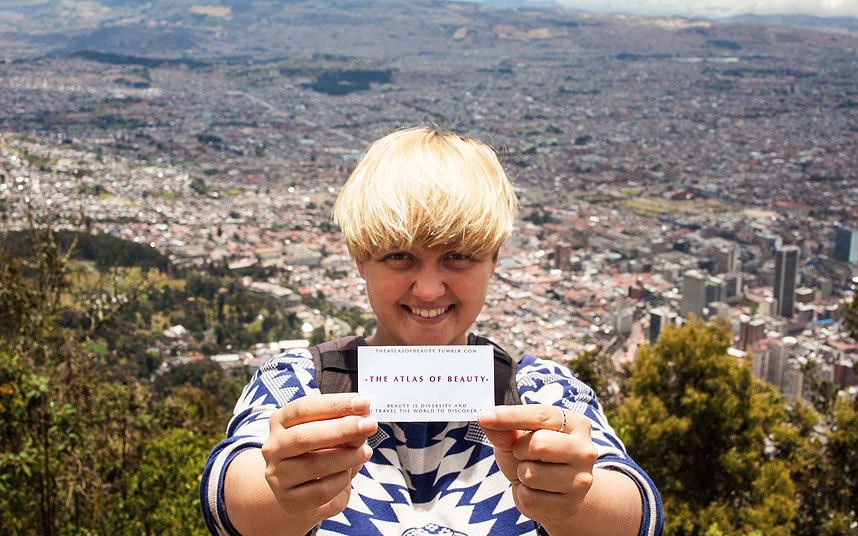 Mihaela Noroc is pictured above in Bogota, Colombia.

Her project is called “The Atlas Of Beauty” and is about our planet’s diversity shown through portraits of women with only one aim in mind: to capture feminine beauty.

On her website, she says: “I see myself like a very normal woman, with ups and downs. I work hard for my dream, and, by chance, this dream is very appreciated by mass media. But there are millions of women in the world, that work even harder for their goals and maybe their activities don’t seem so spectacular from the outside. I hope I will have the chance to photograph some of them for the project, capturing their inner and outer beauty and showing them how special they are.”

Noroc has trekked across every continent except Antarctica. She’s captured women in the packed markets of Mumbai, “rough neighborhoods” of Colombia, Amazonian rain forests, mosques of Iran, deserted territories in Afghanistan, upscale venues in Oxford, even the streets of New York City — and that’s just a smattering of her locations. Here are some of her photos: 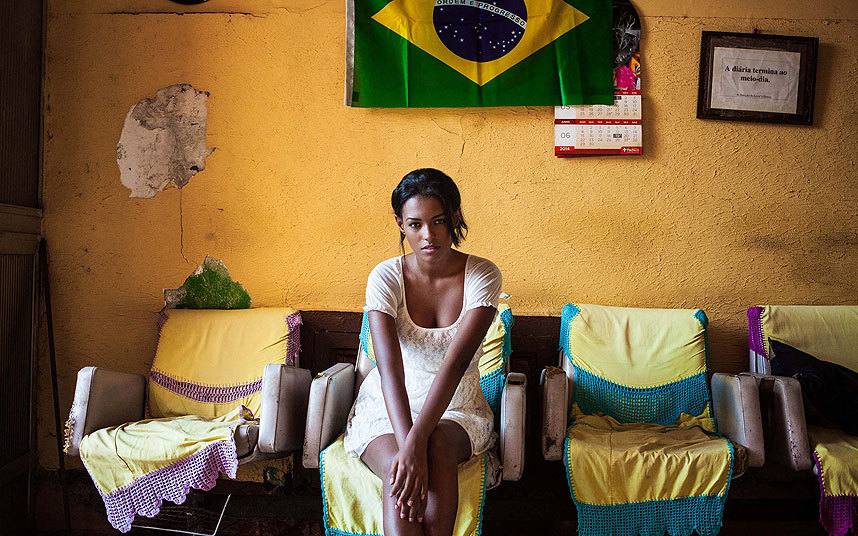 This girl sits in her Rio de Janeiro home. 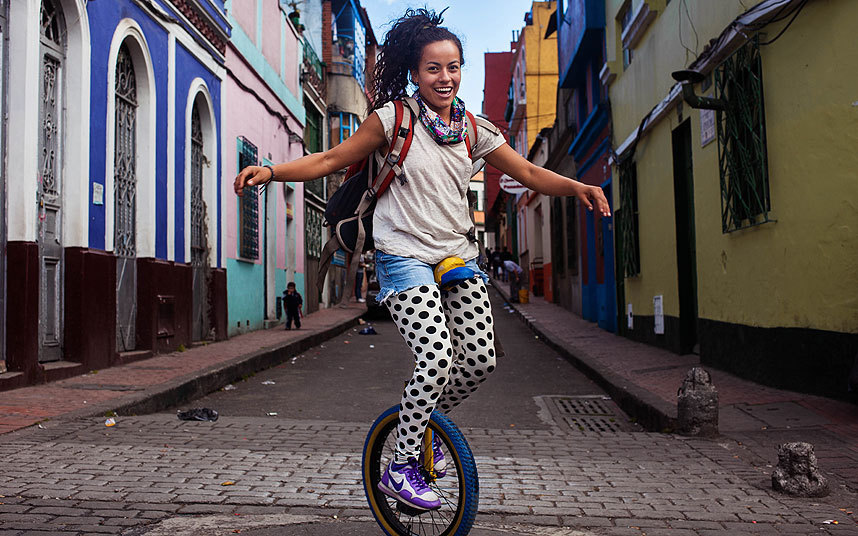 "When I photograph a woman I talk a lot. I try to make her feel special, proud and unique. I can get along in five languages and this helps me a lot, but in some countries, talking becomes body language." This shot is of a girl dicing with death in Bogota, Colombia. 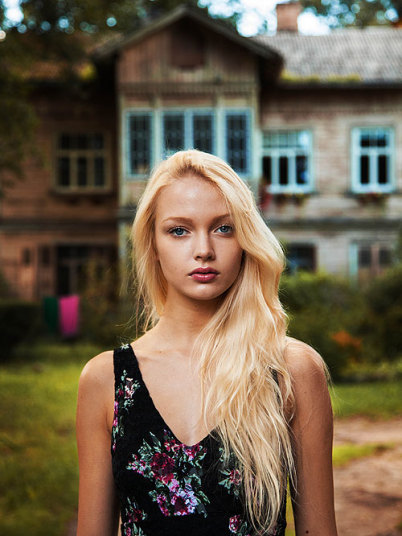 "Global trends make us look and behave the same, but we are all beautiful because we are different. In the end, beauty is in the eye of the beholder, and the beholder is always somebody else." This picture was taken in Riga, in the Baltic state of Latvia. 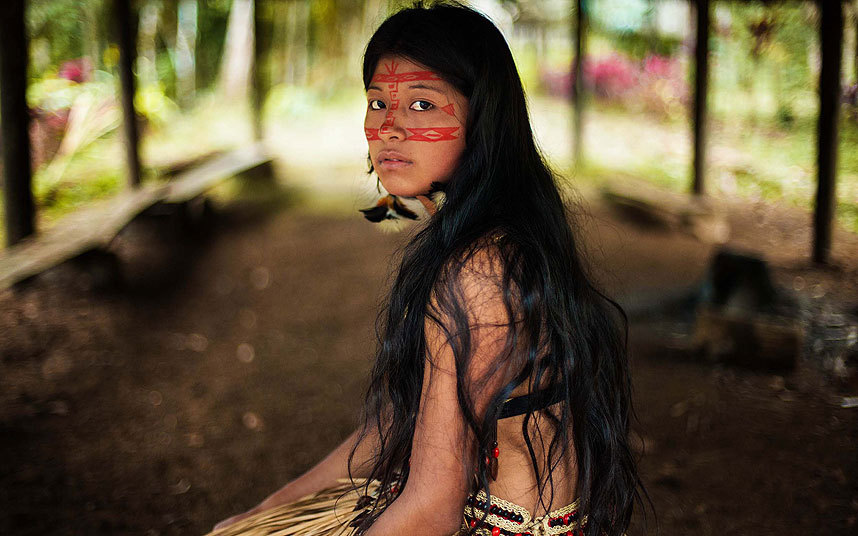 Travelling on a very low budget around 37 countries required her to integrate into all kinds of environments. This picture of a Kichwa tribeswoman was taken on a trip to the Amazon jungle of Ecuador. She dressed in her wedding dress that she used to get married in when she was 15 years old. 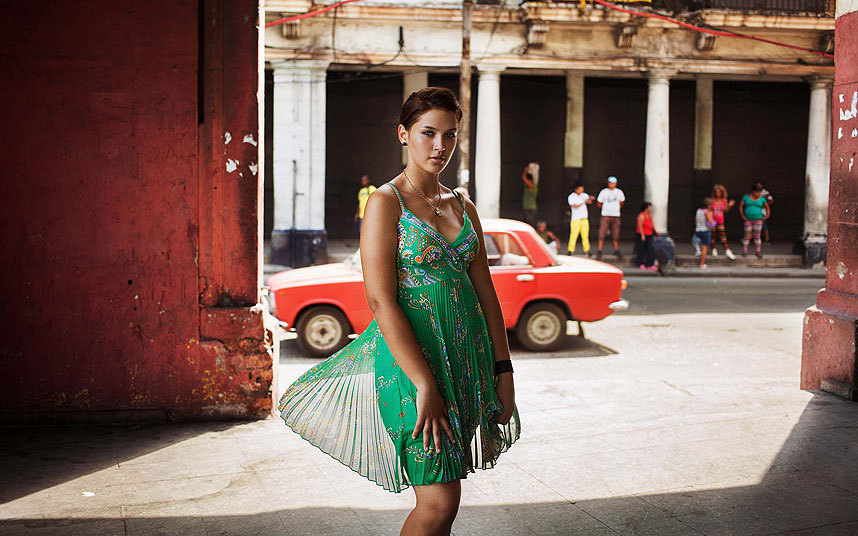 "Sometimes I have only 30 seconds to make a portrait, because I meet an interesting woman, by chance, on the street." In this case, Havana, Cuba. 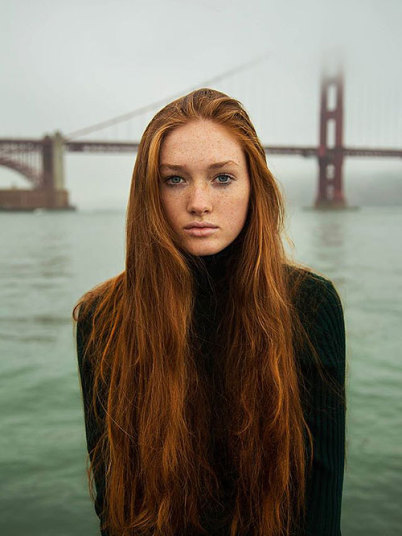 "Other times, I maybe spend one hour, photographing, after I found her on a social network, a day before." The subject of this shot lives in San Francisco, California. 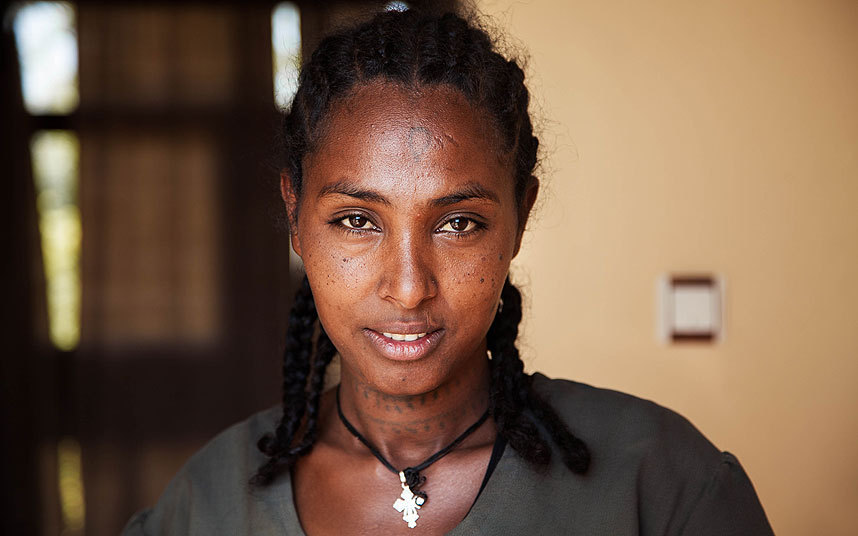 "Through The Atlas of Beauty, I wish to compare the faces of the world and to show that all the women from my photos have something beautiful." This image depicts a woman in Ethiopia. 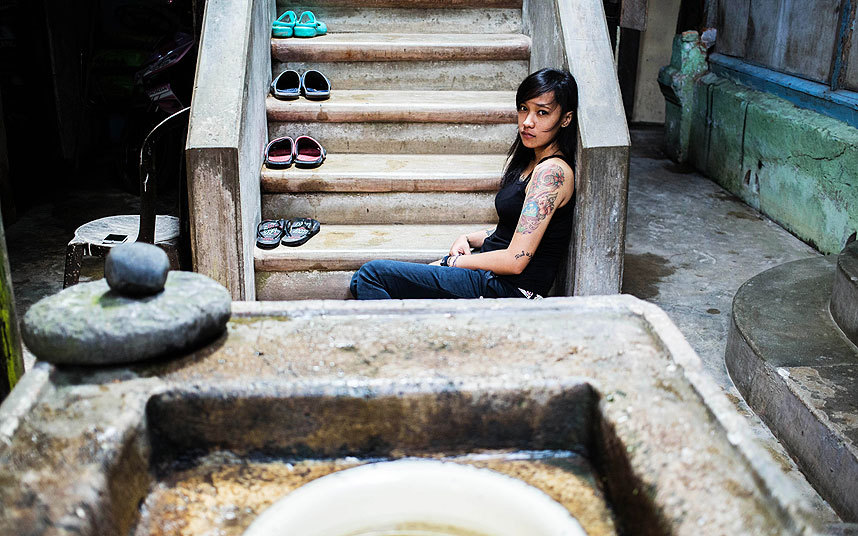 "I choose only one age group, the one that I'm part of. I would love to cover other age groups too, but I want to do it properly. Until now I didn't have the money and the time to do it. I think beauty is not about age. It is more about being natural and sincere." The picture of the young women from this group was taken on a small island of Sumatra, Indonesia. 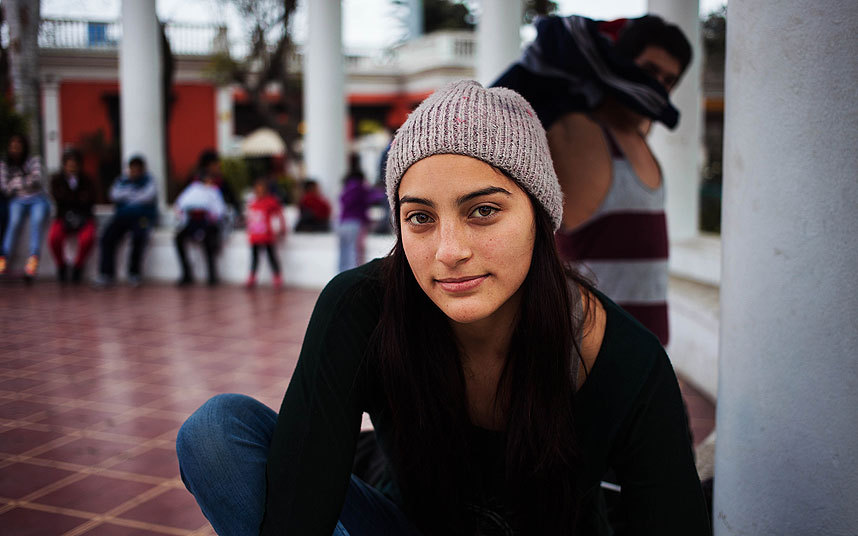 "My goal is to continue and take photos of women from each country of the globe, making “The Atlas Of Beauty” a mirror of our diverse societies and an inspiration for people that try to remain authentic." A student eyes the lens in Lima, Peru. 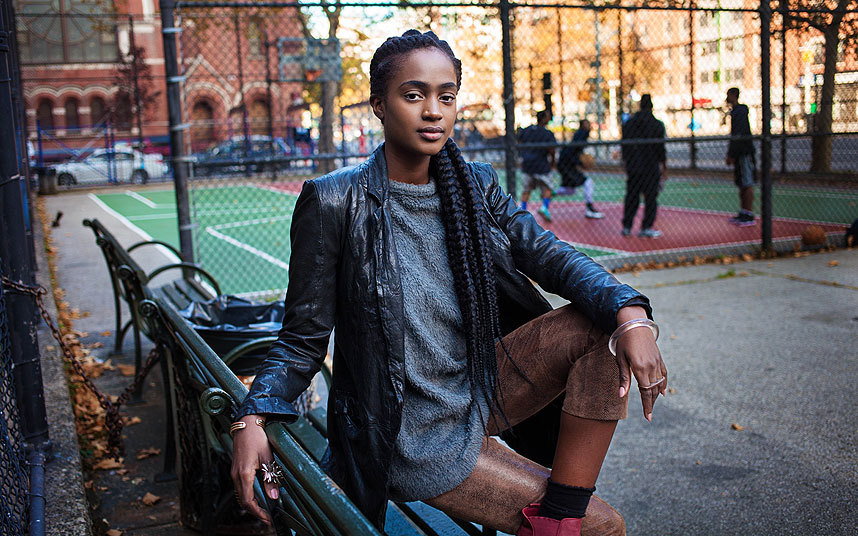 "I think everybody has to cultivate their own beauty, rather than copying something that doesn't suits. In the end, the original is better than a copy." A women poses for Noroc in Harlem, New York City. 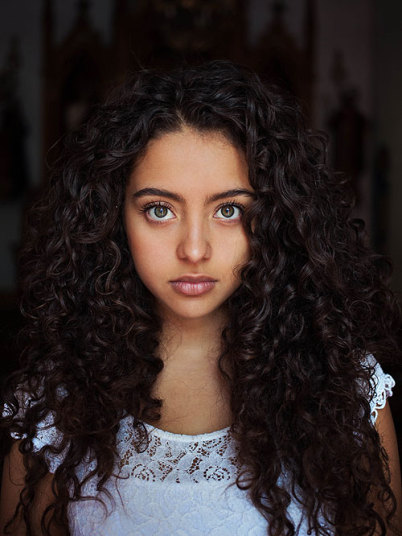 "Maybe in 50 years all women from all around the world will dress and act the same. I hope my project will remain a witness of my era’s cultures and traditions. For now, this is just a dream, but if people around the world will help me, I can continue and complete the Atlas." This haunting image was taken in Colombia. 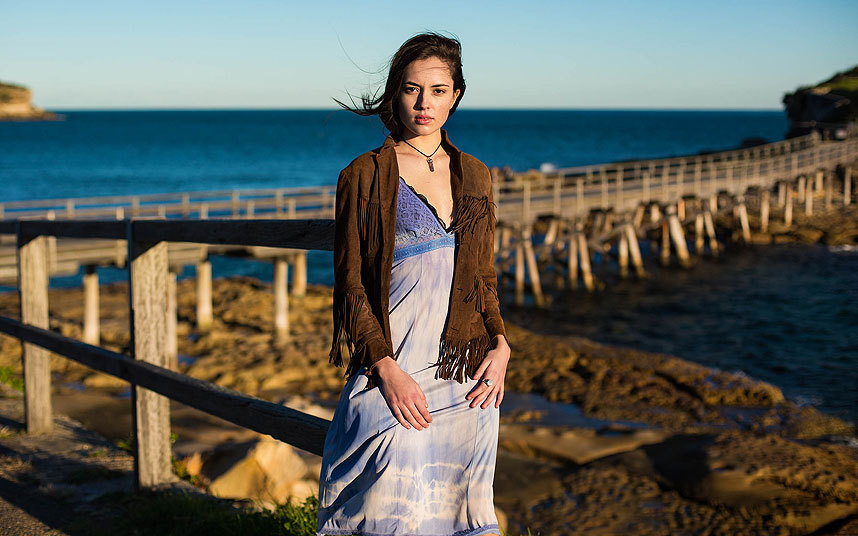 Noroc travelled to Australia to capture this one. 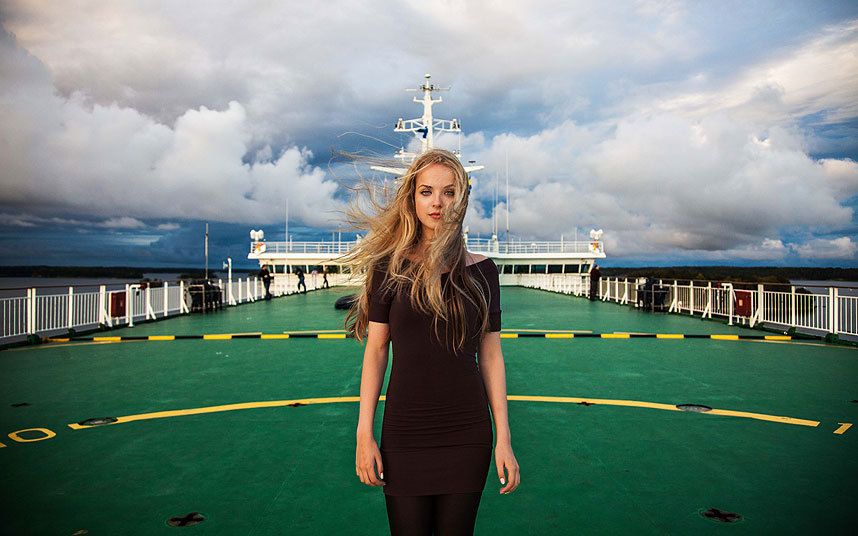 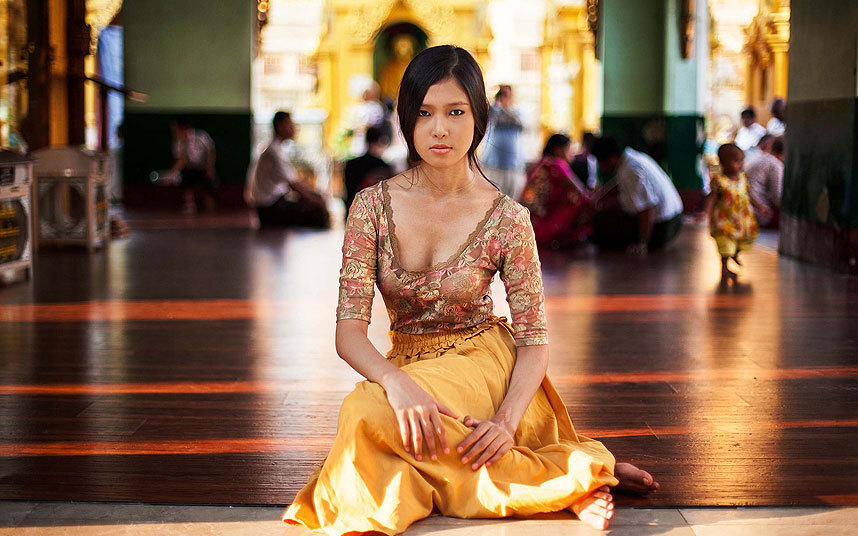 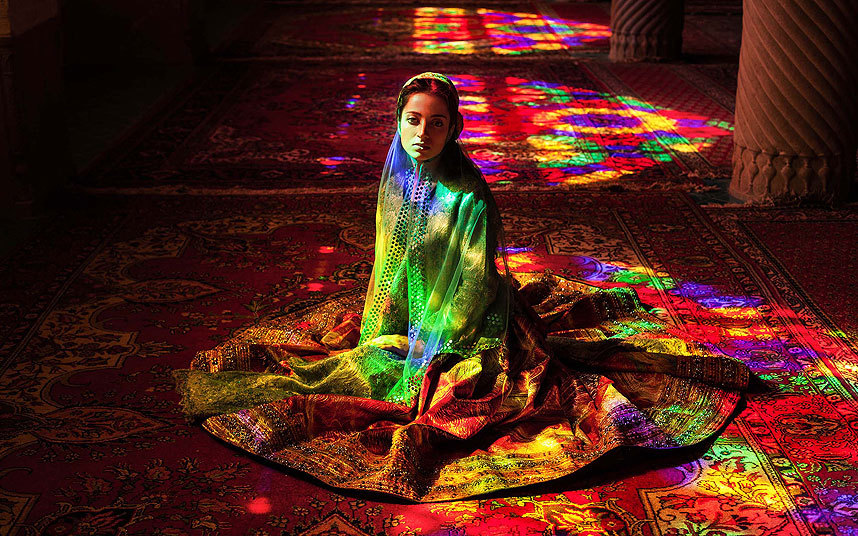 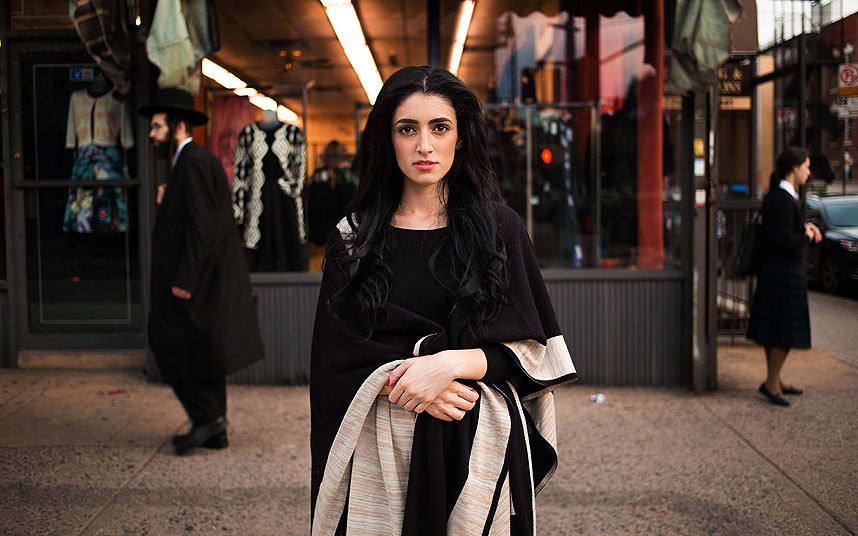 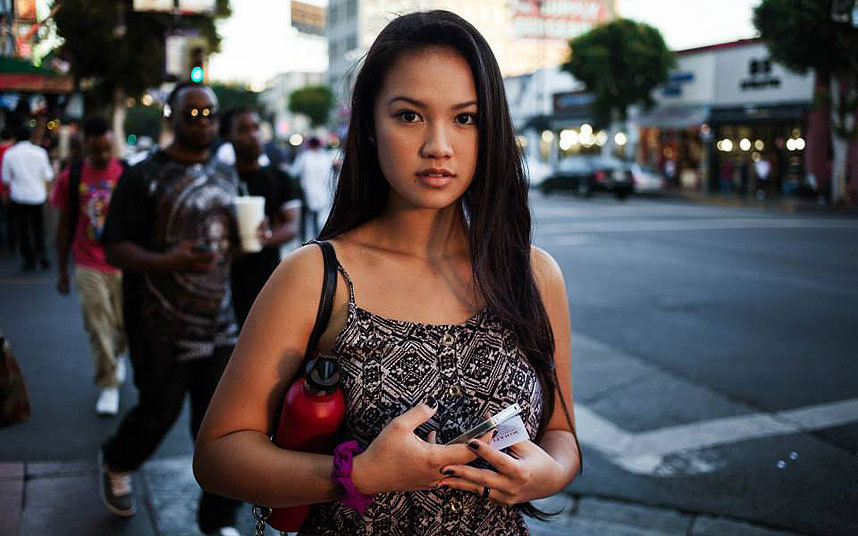 The shot of this Hawaiian woman was taken in Los Angeles, USA. 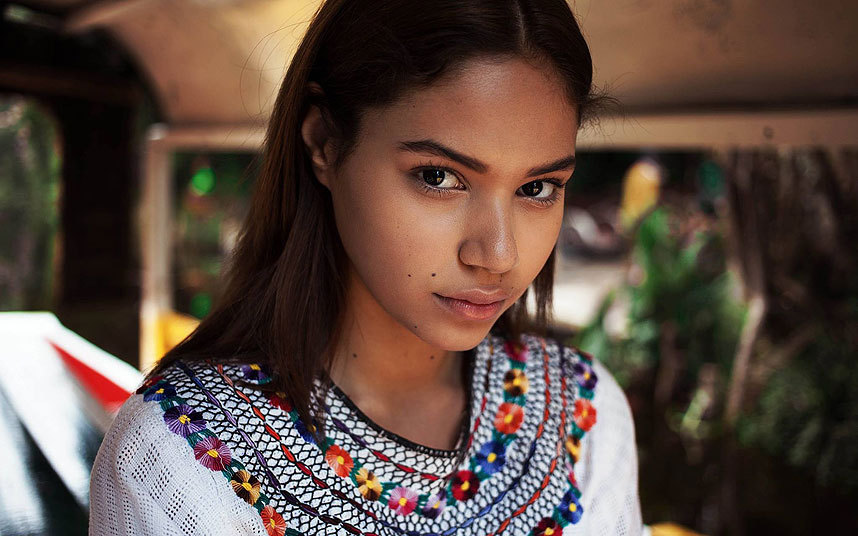