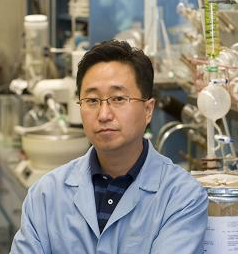 On December 1, 2013 the company entered into a Cooperative Research Agreement and a Research Evaluation and License Option Agreement with Rutgers, The State University of New Jersey covering our collaborative efforts. During the course of our mutual efforts, Dr. Lee and his staff have published the results in Advanced Biomaterials “NanoScript: A Nanoparticle-Based Transcription Factor for Effective Gene Regulation and Stem Cell Differentiation” leading to a new joint patent filing in 2014 and recently published in ACS Nano (2015) “Graphene Oxide Patterned Substrates for Controlling Adipose-Derived Stem Cell Differentiation” which resulted in an addition patent filing USPTO Application No: 62/139,565 covering the new technology.

Dr. Lee stated, “Joining the Scientific Advisory Board of American CryoStem is a great opportunity for me to become more involved with the Company’s current stem cell platform and patented differentiation mediums, as well as be a part of their ongoing global growth and research efforts. This relationship affords me the ability to provide greater input and scientific guidance to the Company supporting the commercialization effort of their products and our mutual work.”

John Arnone , CEO of American CryoStem remarked, “The addition of Dr. Lee, a noted and well respected New Jersey based scientist solidifies our relationship and commitment to working within the robust scientific community in New Jersey. Following the success of our initial collaborative efforts within the university model working with Dr Lee, we plan to continue our efforts to optimize and commercialize our products that support the full therapeutic potential of stem cells.  Our focus is to continue developing new cellular technologies, intellectual property, and product commercialization strategies.”

About Dr. KiBum Lee: Dr. Lee is an associate professor of Chemistry and Chemical Biology at Rutgers University, where he has been a faculty member since 2008. He received his Ph.D. in Chemistry from Northwestern University (with Chad. A. Mirkin; 2004) and completed his postdoctoral training at The Scripps Research Institute (with Peter G. Schultz; 2007). The primary research interest of Dr. Lee’s team is the study and development of  and integrated nanotechnologies and chemical functional genomics to modulate signaling pathways in mammalian cells towards specific cell lineages or behaviors. In particular, his team is exploring critical problems in cancer biology and stem cell biology pertaining to the cellular –micro- environmental interactions, and discovering how to control these interactions at the subcellular and single cell level using chemical biology and nanotechnology. From this research effort, he has developed technology platforms that may overcome the critical barriers to harnessing the full therapeutic potential of stem cells.

The Company maintains a strategic portfolio of intellectual property that forms its standardized platform which supports a growing pipeline of stem cell applications and biologic products. The Company’s R&D efforts are focused on university and private collaborations to discover, develop and commercialize ADSC products by combining its platform with synergistic technologies to create jointly developed applications and intellectual property.